UL Building Institute
UNIVERSITY OF LOUISIANA AT LAFAYETTE . SCHOOL OF ARCHITECTURE AND DESIGN 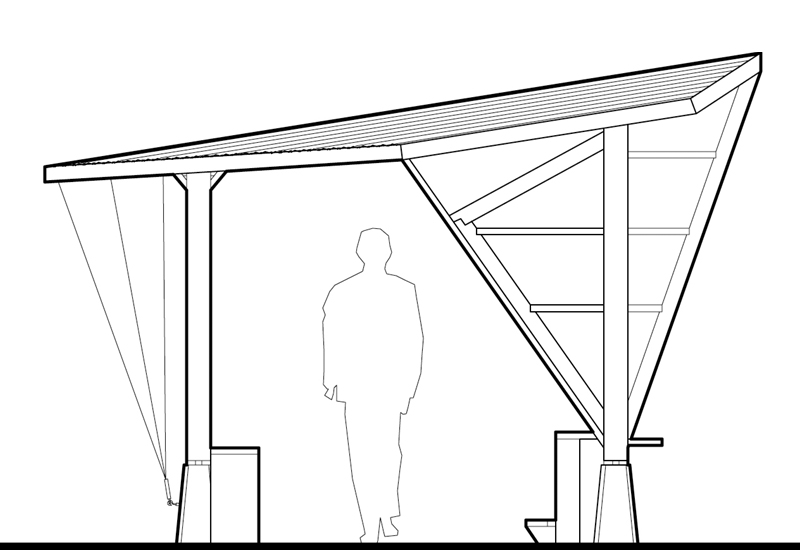 In the Fall of 2003, the Center’s director, requested the help of the School of Architecture in designing a storage system to aid in organizing donations; however, as a result of several visits to the site–a city block full of sprawled and disconnected structures–the students and faculty observed a terrible contradiction: while the Center’s mission is “Giving People Back Their God-Given Dignity,” the physical environment and facilities were depressing, coarse, and spiritually degrading. After an initial master plan the students immediate began building small installations which eventually led to several large scale projects.

On the far-reaches of the campus, the garden gazebo provides a needed refuge for residents of the three half-way transitional houses. The gazebo was a catalyzing event in the development of the master plan. There was client interaction at all levels – in the design, lay-out, forming-up and finishing of concrete, the planting of jasmine and even the inauguration. In other words, the residents of the homeless shelter took ownership of the project. The project was also a catalyst for an intense clean-up and beautification campaign, initiated by the residents themselves after they experienced the success of the gazebo. The project was constructed for approximately $500 in spring 2004.